Best Sides and Style for your Thanksgiving Meal 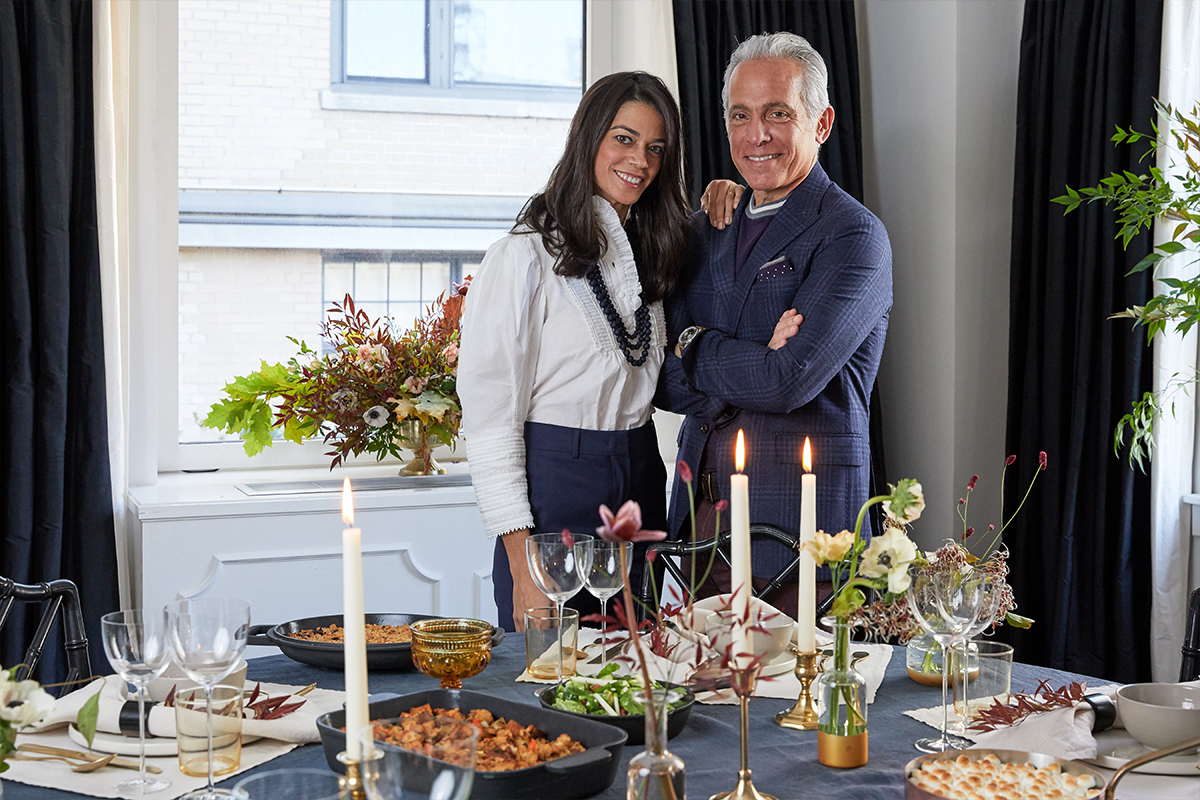 The heavenly aromas wafting through Margaret and Geoffrey Zakarian’s airy home transcended us to moments before a Thanksgiving meal was to be served, and our stomachs growled with eager delight. Lucky for us, this world-renowned chef restaurateur was whipping up the most incredible side dish stars on a brisk Tuesday morning, giving us hosting tips and samples along the way.

Entering the Zakarian home can be paralleled with a warm, familiar hug. Margaret Zakarian is the mastermind behind Geoffrey’s universe as President of their brand. From product development titled Pro For Home for QVC to shows, cookbooks, and an impressive roster of restaurants, Margaret and Geoffrey are culinary masters that go beyond the kitchen table. 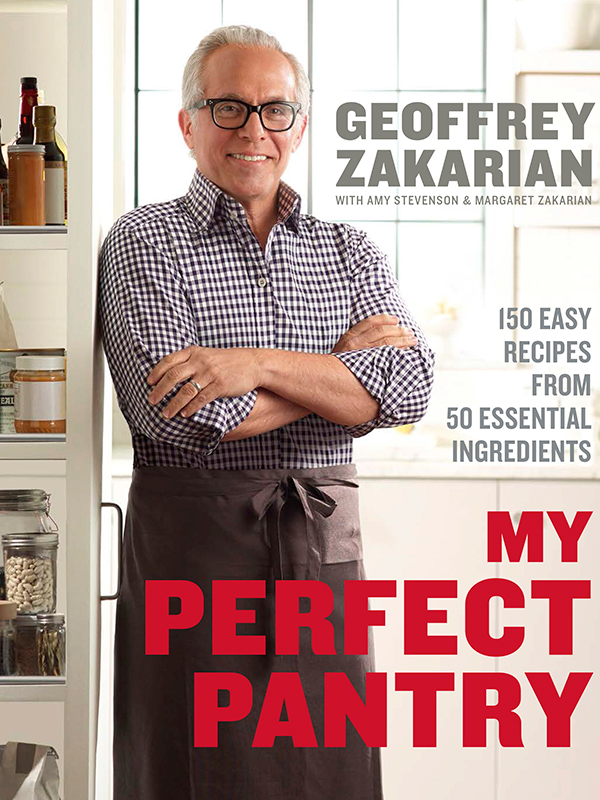 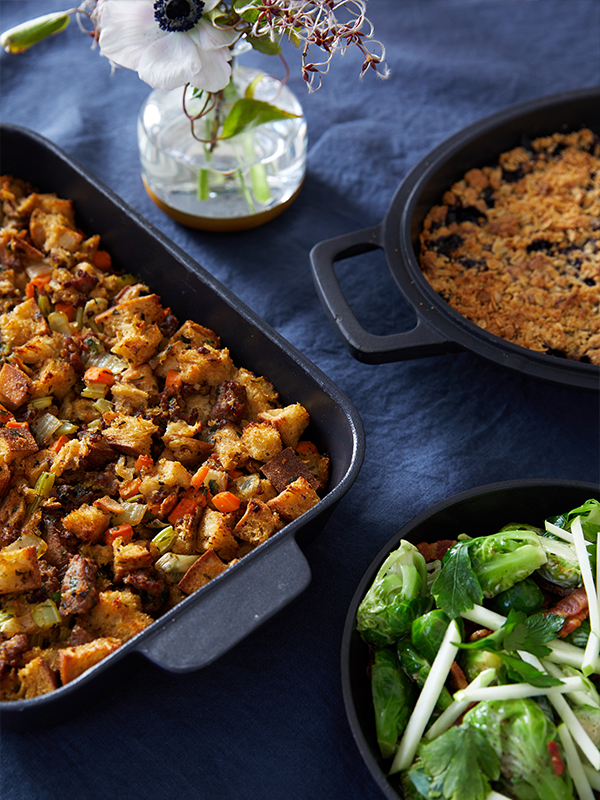 One of the most prominent chef restaurateurs of the last 30 years, Geoffrey Zakarian has forged a culinary path for those who seek out ultimate and creative dining experiences, as well as elevating home cooking for all ages. As a host on Food Network’s Chopped, and as an Iron Chef, Zakarian also introduces approachable cooking as a co-host on Emmy-nominated daytime series, The Kitchen. When he is not creating mouthwatering cookbooks, incredible products for the home kitchen, or managing one of his many restaurants such as the The Lambs Club at The Chatwal Hotel, The National at The Benjamin Hotel in New York City and Point Royal in Hollywood, Florida, he can be found experimenting new recipes with his children and Margaret. 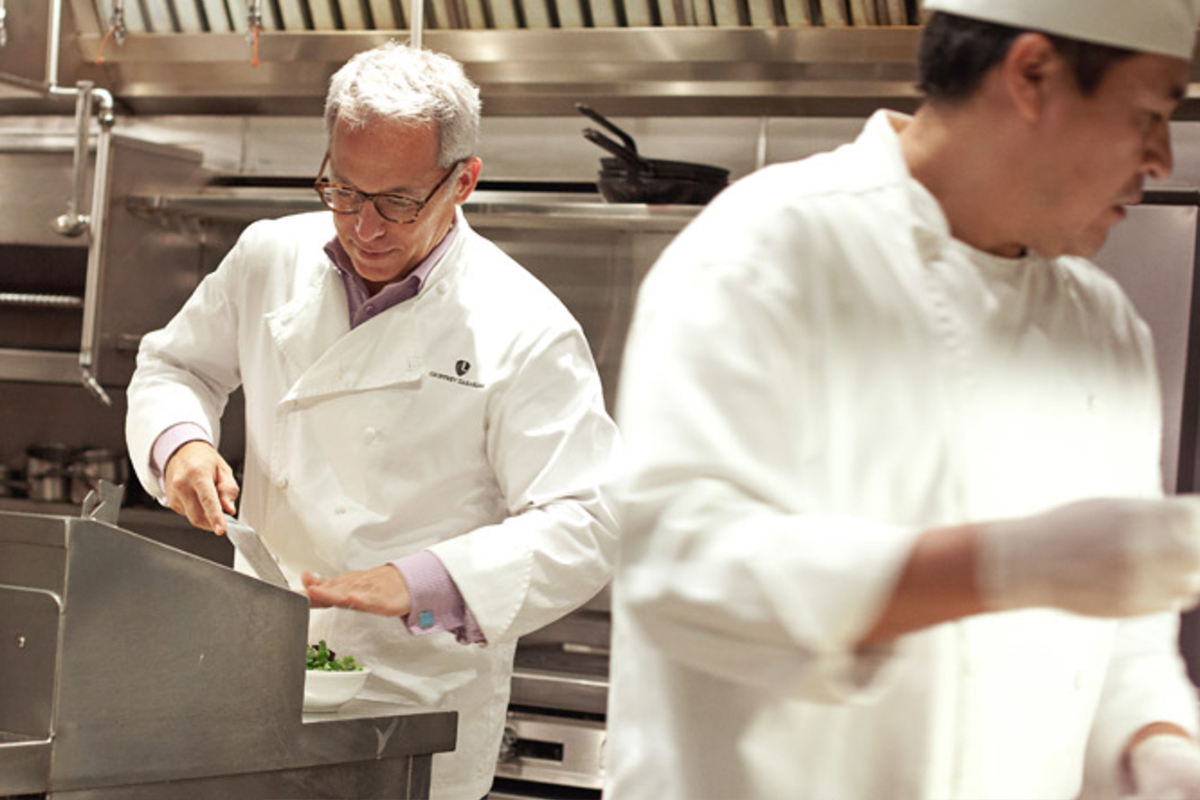 This Thanksgiving, we asked the Zakarians if they could create the ultimate side dishes that truly shine as the main event. Our tabletop collection, styled by Mimi Brown, paired with the delectable sides, resulted in a swoon-worthy afternoon of sampling, laughing, and learning from this inviting culinary duo. 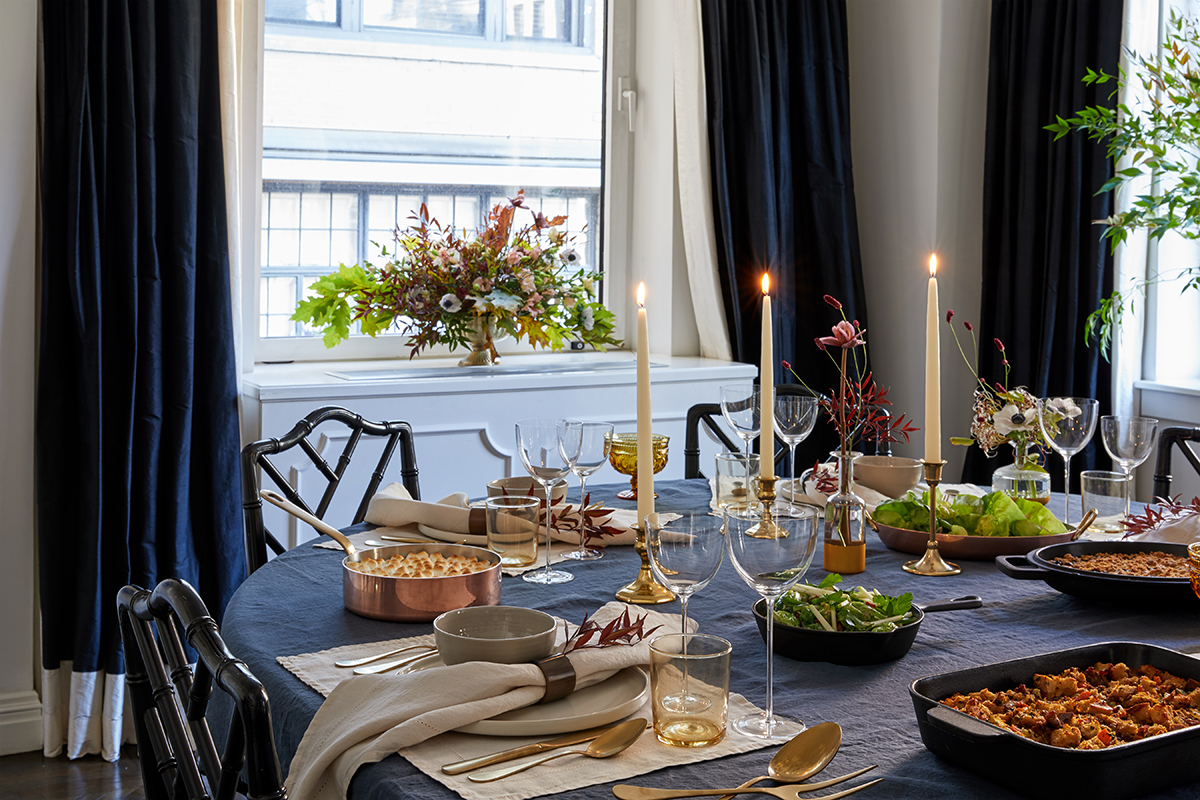 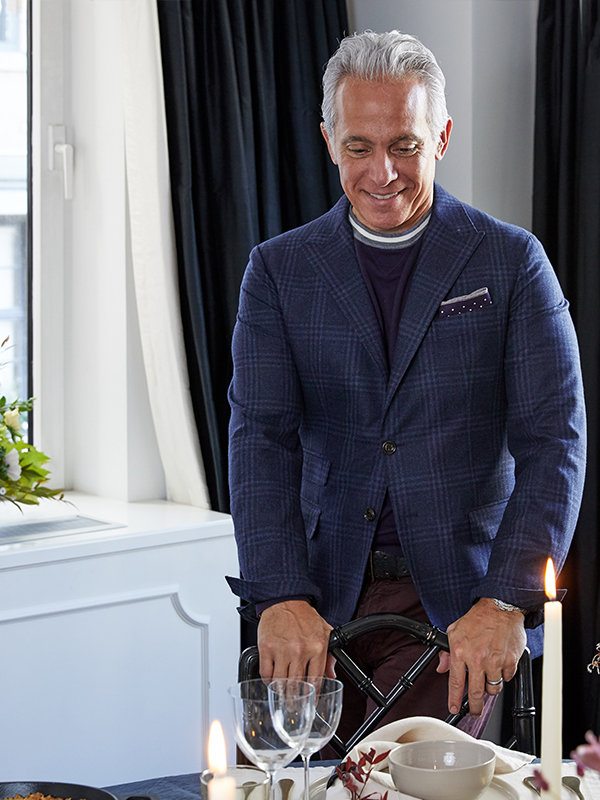 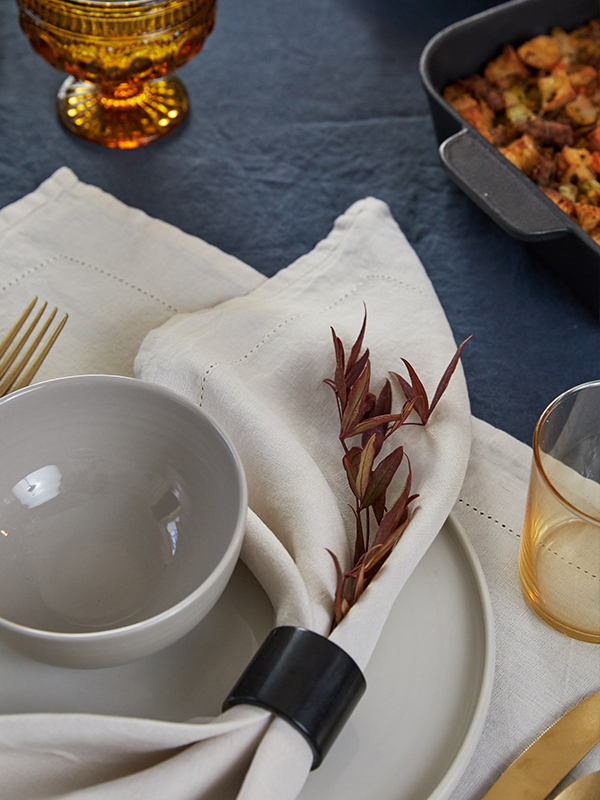 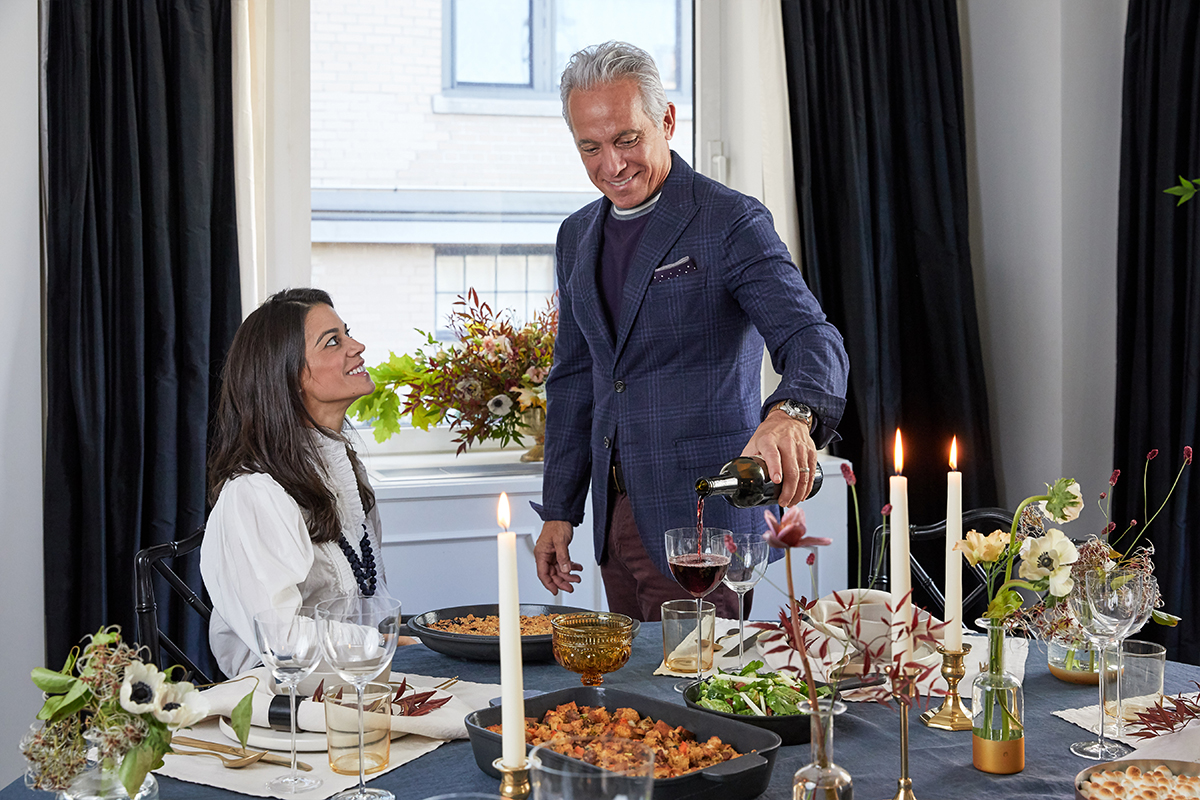 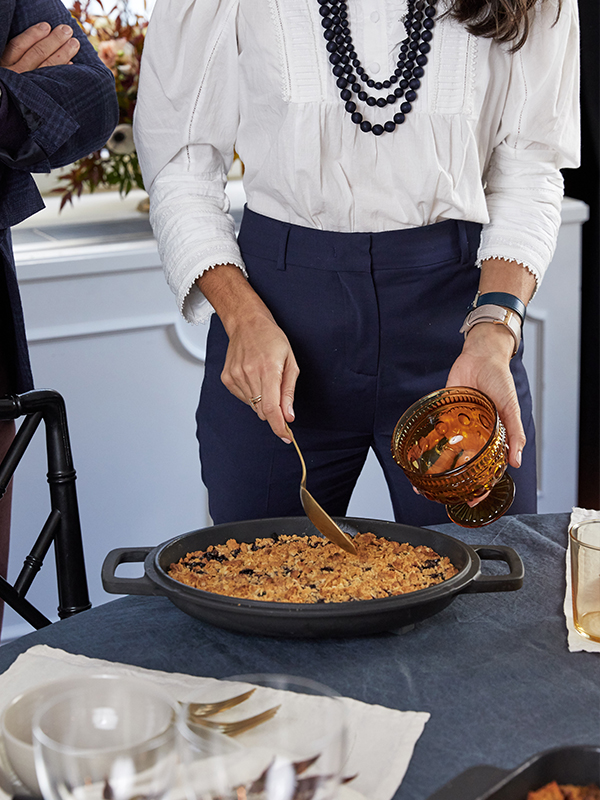 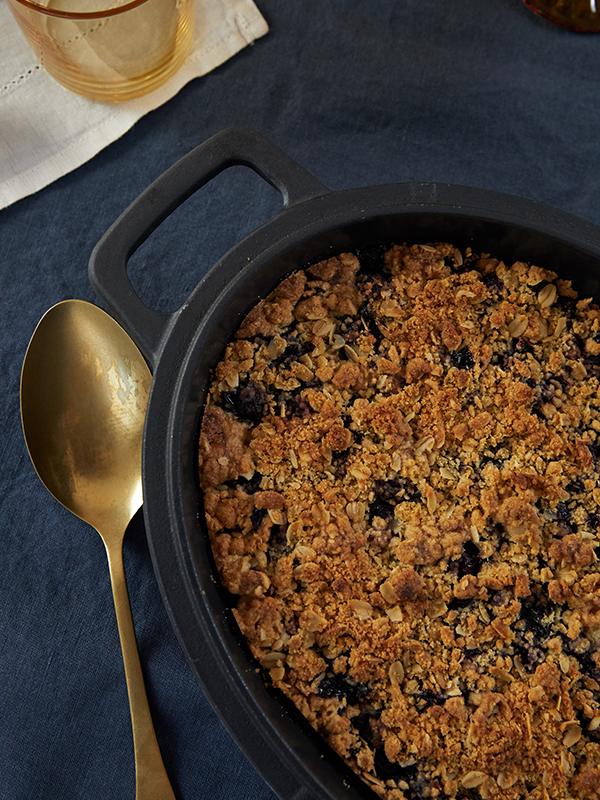 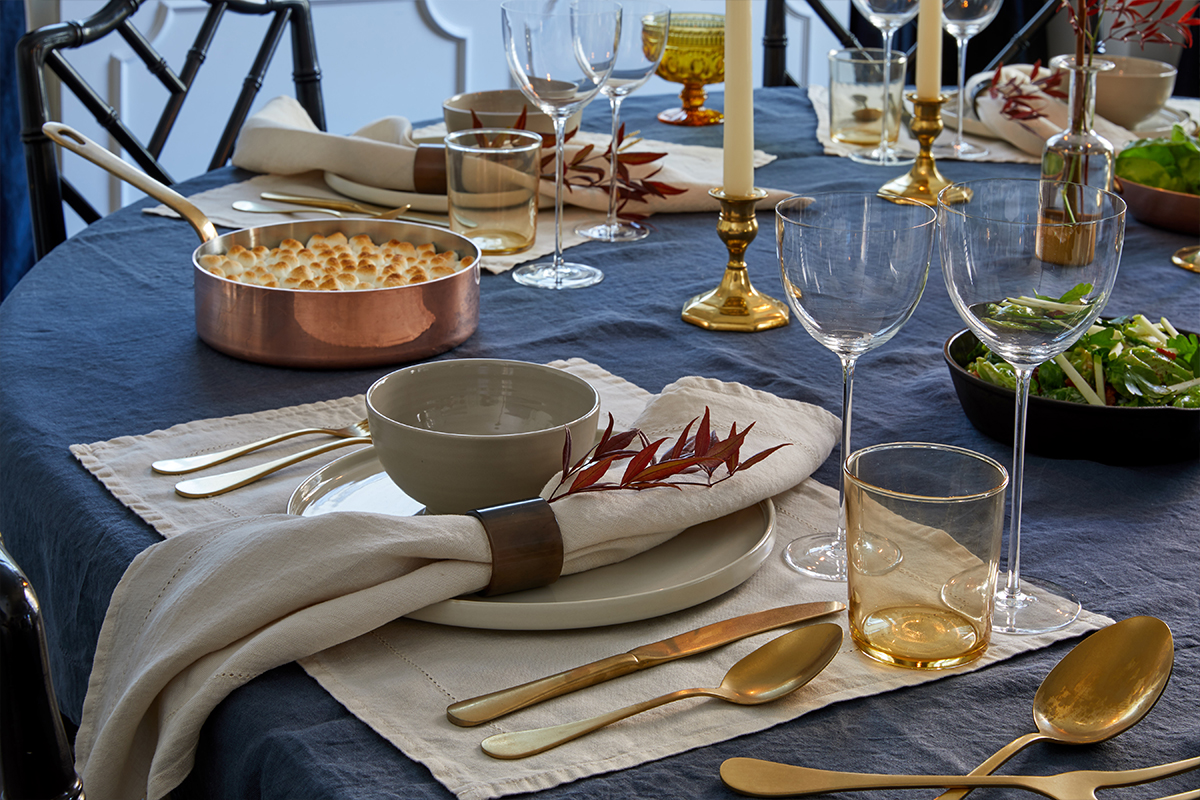 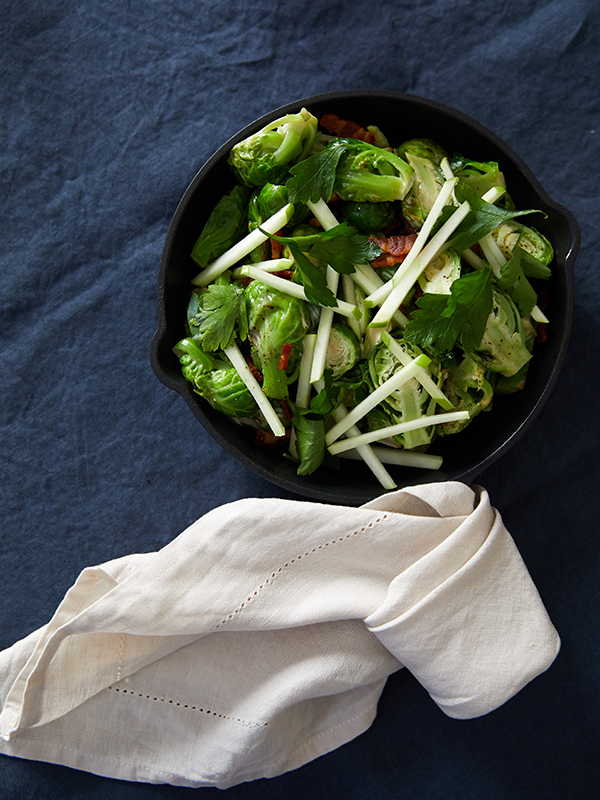 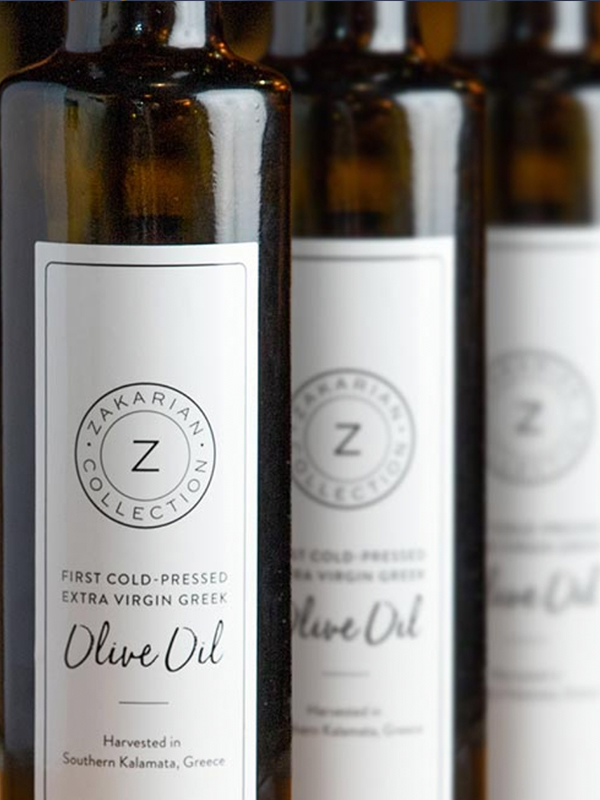 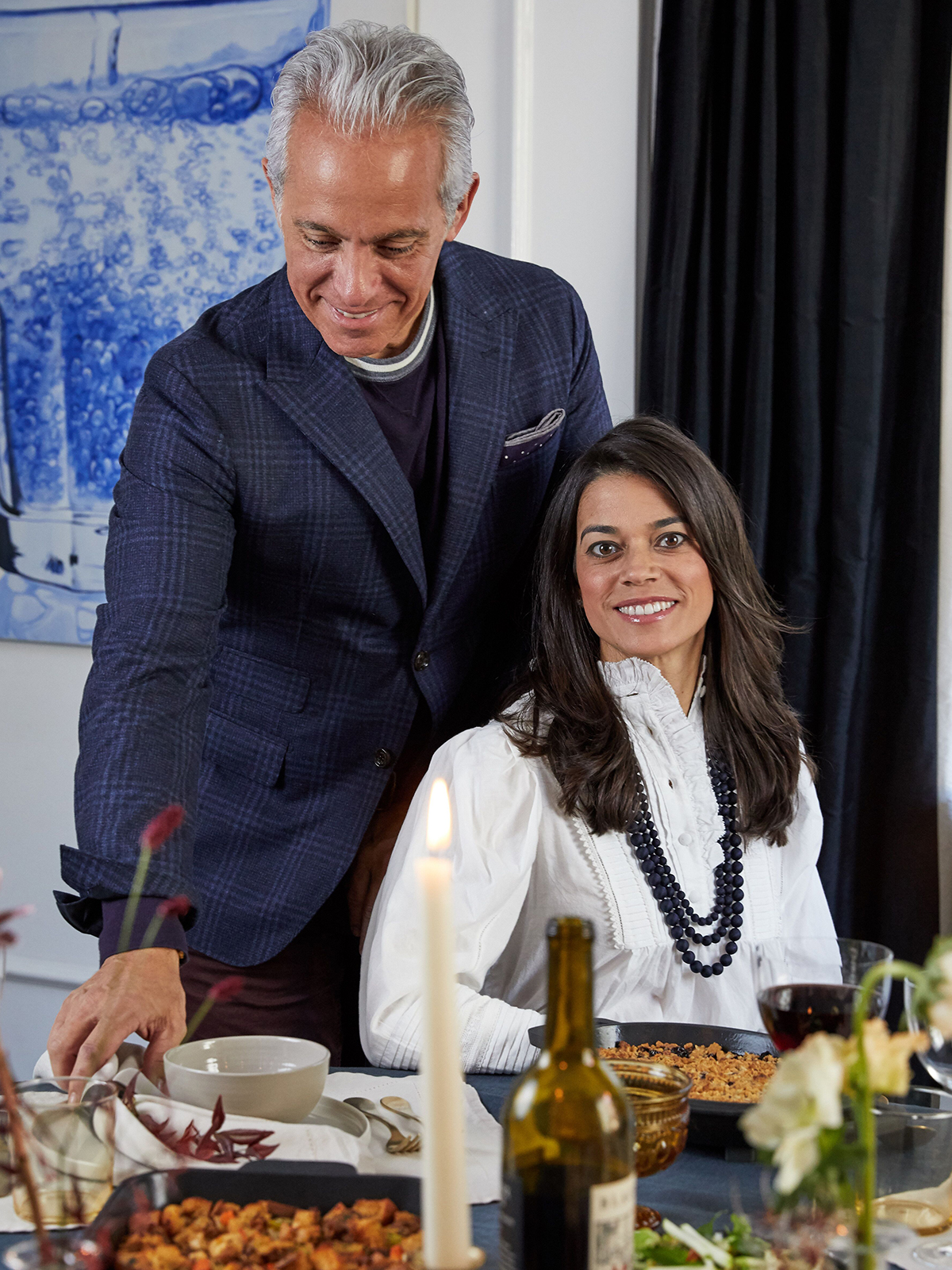 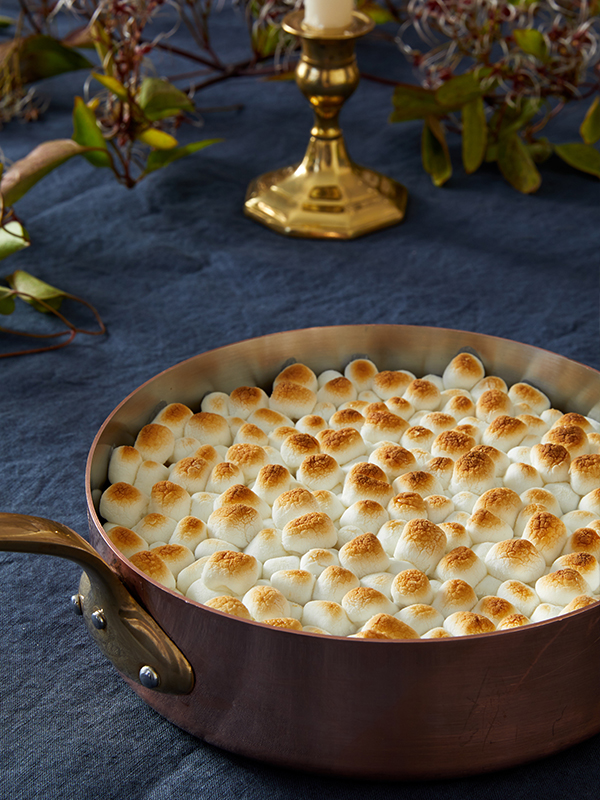 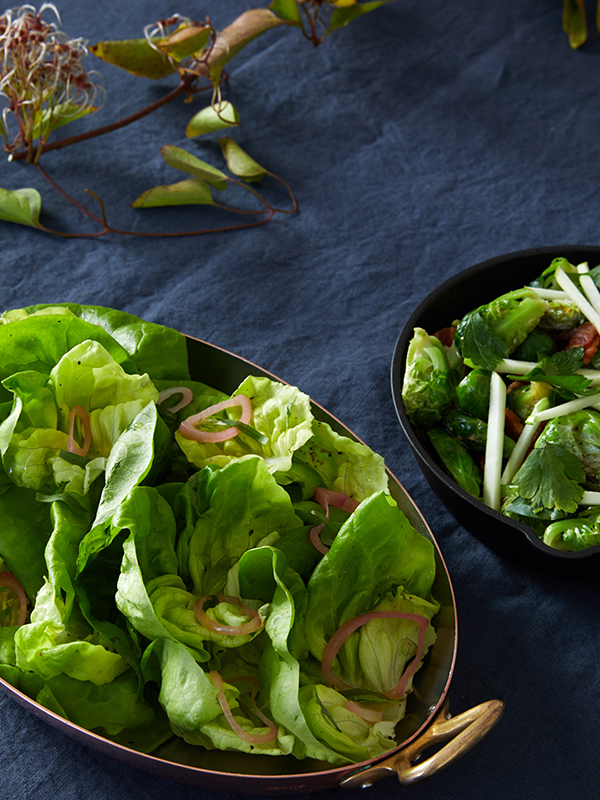